10 Amazing facts of High energy, Bone shifting skills that will save a life; Sometimes


1.  BREAKING BONES
To break bones or not; that is the question!  Some will tell you yes others no - let us debunk this confusion.   CPR is physically demanding.  The first compressions will result in the separation of the sternum from the cartilage that makes the chest wall more compliant, and thus chest compressions more effective.  Fracture of the ribs should not occur during CPR.  However when chest compressions are not being performed correctly (i.e. hands of the compressor are in the wrong place) fracture of one or more ribs is possible.  If you perform CPR, you can break ribs, damage the lungs, liver and heart. If you do compressions on someone with a normal heartbeat, you can interfere with the normal beat and damage the heart. So, don't practice on real people that don't need it, silly right!  If a person is unresponsive with no pulse or breathing and you do CPR, you can still cause all this damage, but a person with no breathing and no pulse is dead, biologically and clinically; as discussed in a Quora article . There is literally nothing you can do to them to make their day worse. So, by all means, if someone is unconscious and not breathing, and you don't think they have a pulse, by all means perform CPR.

2.  PREGNANT:
At term, the blood volume of a pregnant woman will have increased by 50%.  To move that increased volume, the pregnant woman's heart rate increases by 15%, and her cardiac output by 35% - 40%.  Her diaphragm will be displaced upward by approximately 1 1/2 - 3 inches to make room for the fetus.  These factors and others related to pregnancy increase risk of cardiac arrest.  Specialized training is recommended for CPR on pregnant women.  Before performing compressions, the uterus must be manually moved to the left; this skill is typically performed in a controlled hospital setting.  Compressions are completed without alternating with rescue breaths. Hands only compressions are performed with the uterus displaced to make sure the major veins have blood flow. In many cases, this has proved to be of utmost importance.

3.  OBESITY:
The extra adipose tissue makes it harder to find landmarks and increases the effort needed to compress the chest to reach the heart.  The latest guidelines issued by the European Resuscitation Council, based on research by an organisation known as ILCOR (Organization that helps determine CPR Guidelines used), do recognize that CPR is less effective and more difficult on those patients who are classed as obese. The recommendation in these circumstances is that the CPR provider is changed more often than the usual time of, approximately, every two minutes .

4.  MUSCULAR:
CPR is compression of the chest wall done on an unresponsive patient. They are not breathing and have no pulse (i.e. they are dead). The chest wall, no matter how muscular is relaxed in death so compressions are no more difficult to perform.  The sternum remains a bony area regardless of the degree of musculature of the upper chest.  CPR on these individuals is no more difficult than individuals of normal weight and size.

5.  AGE:
You are a highly skilled medic delivering CPR to an older frail person for several minutes.  Typically this is your patient; bones are not as elastic as they were when they were younger.  Patients with past medical histories consistent with brittle bones (i.e. osteoporosis) will likely be more susceptible to rib fractures.

6.  DEFIBRILLATION:
Sometimes a person without a pulse is in either in ventricular fibrillation, (the heart is trying to beat but just quivers) or ventricular tachycardia (beating so fast that it can't fill up with blood). Either rhythm  needs a heart reboot via a defibrillator; and if you do not have all the cardiac science necessary to make this decision an Automated external defibrillator (AED)  will make the decision for you, as it is designed to deliver the shock based on current CPR Guidelines  pre-programed in the AED.  Let us not forget that CPR combined with early defibrillation is critical to survival in these cases.

7.  THE FALSE EXPECTATIONS FROM TELEVISION:
So when did the misconception about the effectiveness of CPR begin? Some researchers argue that television created the myth. Between 1994 and 1995, researchers from Duke University watched 97 episodes of "ER," "Chicago Hope" and "Rescue 911," taking note of when CPR was administered during each show.  In these dramas, 75% of patients survived immediate cardiac arrest, and two-thirds were discharged from the hospital with full brain function, a stark contrast to the much smaller percentage found by medical studies.

8.  ON THE STREET:
Exact survival rates are difficult to come by, as studies generally look at specific populations. A 2012 study showed that only about 2% of adults who collapse on the street and receive CPR recover fully. Another from 2009 (PDF) showed that anywhere from 4% to 16% of patients who received bystander CPR were eventually discharged from the hospital. About 18% of seniors who receive CPR at the hospital survive to be discharged.

9.  PHYSICIANS:
In a 2012 article published in The Guardian, "How Doctors Choose to Die," retired physician Dr. Ken Murray reveals that members of his profession frequently turn down everything from chemotherapy to CPR.  He notes that years of witnessing and administering "medical care that makes people suffer" leads many doctors diagnosed with terminal illnesses to choose to spend their last months or years at home and without medical treatment. Murray recalls some fellow physicians who go as far as getting tattoos that read "no code" to remind rescuers to forgo any attempts at revival.

10.  FIRST RESPONDERS:
In some cities that have less CPR training, the survival rate is indeed low, In metropolitan areas with strong training programs and quick EMS response times, half or more victims survive.  Teaching CPR in schools starting in seventh grade, as well as increasing access to automated external defibrillators, increases the probability of survival to 80%.

***Please note that no one should provide medical assistance beyond their training, skills, and knowledge so not to render assistance with "gross negligence" according to the "Good Samaritan Act".***

Being prepared at work or home takes time and investments.   Today's entrepreneur has precious little time and is always evaluating good investments for work function.  Why do employers want to be prepared for an emergency? protect valuable employees from harm protect property from damage protect environment from contamination avoid costly regulatory penalties maintain the highest reputation for clients and potential clients. I am certain that these reasons resonate with everyone at every level in an organization.  So what are the emergencies that workplaces need to consider? cardiac arrest stroke bleeding rescue from a confined space chemical spill vehicular accident the list goes on Many workplaces surrender to "in the trench" solutions.  Not sure what I mean by that?  Suppose you have some workers at a job site and a "situation" arises.  They "improvise" and get the job done.  Everybody is happy; the job got done on time time 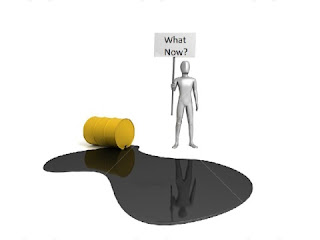 Responding to a Chemical Spill at your Workplace

Often risks related to responding and managing Chemical Spills at the workplace are miscalculated.  We work with the product, albeit under controlled circumstances and accordingly don't assess the difference when its pooled on the ground versus its presence in processes and applications at use in our workplace.  For example many of us have fueled a vehicle with gasoline.  Many of us have witnessed gasoline burning either first hand or on a news broadcast.  Under the highly engineered circumstances that we use it, many of us think nothing of its dangers as it has become ubiquitous in our automobile society.  Let us be clear; when gasoline is in a pool on the ground, it is a highly dangerous circumstance and our usual controls (that we have become accustomed to having) are absent.  The question is do we understand the science and application of this knowledge to manage our products or wastes in the workplace when the usual controls are no longer serving to protect us from corrosi